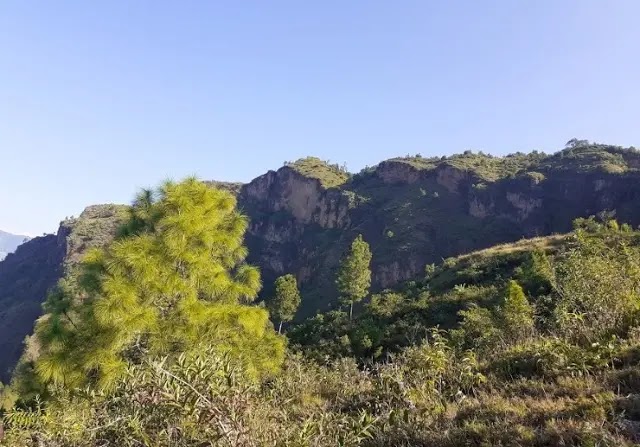 Gwallek is mostly a pine forest located in remote Northen Baitadi Sudurpashchim Pradesh district of Nepal covering 20 % of the Baitadi district. It covers an area of about 30 square kilometers joining more than 30 villages. Gwallek is the largest and most dense forest of Baitadi with a variety of trees. Gwallek Forest is inhabitant of many rare birds, animals such as lion, deer, bear, foxes. Many rare herbs and trees could be found in this forest. The forest is very dense and full of large trees.
Tired after traveling checkout:moviesflix2020

Though the extraction of resin has helped to grow the economy of the village for a short time but has adversely affected the forest. The extraction of resin reduces the lifetime of pine trees so this should be stopped in order to protect the forest. the chopping down of trees should be stopped for fuel purposes for the growth of the forest.
The local government should aware of this and the locales should be informed about the impact of the destruction of forests in ecology and the environment rather than extracting the region it’s better to convert forests into a tourist destination.

A trip to Gwallek forest :

I and My friends started our journey from the headquarter of Baitadi at 6 o’clock in the morning. First, we came to Dehimandu which took around half an hour on the bus. We spent some time here visited Niglasahini Bhagwati temple a famous Hindu Temple of baitadi. Then we started our journey towards the big green hills in the southeast from Dehimandu at 8 o’clock on our feet. After walking for more than an hour we reached a place called Sunakhan. All of us were already tired so we decided to rest in this place. This place was the starting point of the Gwalek forest. I personally liked this place. The place was specially designed in such a way that tourists and travelers can relax with the Facility of fresh drinking water. We took our launch in a hotel near to it and decided to head towards the forest. We took some fast food from there and some bottles of water.

It was already 11 o’clock and we were in a hurry. We picked up our bags and then slowly started to ahead towards the denser part of the forest. We enjoyed the peaceful and musical environment of the forest. The forest was much more like the naturally grown park .we noticed many beautiful birds chatting around which made our journey much more enjoyable and joyful.

We spotted some girls and women collecting woods, leaves, and grasses. They were in a hurry to get back home. They showed us the way to enter into the dense forest. After walking for about 3 hours we stopped at the creekside. We noticed wild animals drinking water. After resting for about half we were ready to explore the forest but we heard the sound of people and animals coming there. So we stopped there for a while. These people are nearer villagers there for feeding their animals and collecting forest fruit locally known as ‘Kafal’.They were reddish-orange colored round shaped about the size of the pearl. We exchanged our food with those Kafala and requested them to show us the best part of the forest. At 4:30 in the evening, we and those villagers decided to get back home but it was already too late to get back to the headquarter so we decided to rest in the nearby village. We and villagers and their animals reached the village at 7 o clock. All of us were excited but we really enjoyed our trip. The next day in the morning with the help of villagers we headed towards the headquarters.

so if you are confused about what to do this summer then you better take a tour of this place.

Related:Things to do in Pokhara